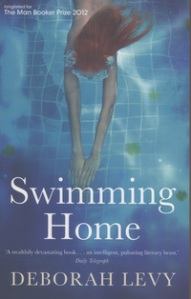 Two British authors – David Constantine and Deborah Levy are on the shortlist for the Frank O’Connor short story award. The prize is worth €25,000 which makes it the world’s most valuable prize  for a short-story collection. Past winners have included Haruki Murakami, Nathan Englander and Edna O’Brien.

The winner will be announced in the first week of July.