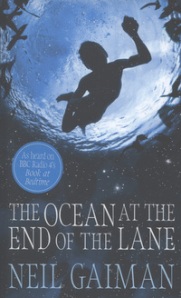 ‘The truly democratic, reader-judged books prize, Not the Booker is returning for another year of high-toned brawling. Seconds out!’

Neil Gaiman currently leads the voting, this one gets a 5* from one of our readers –

It began for our narrator 40 years ago when the family lodger stole their car and committed suicide in it, stirring up ancient powers best left undisturbed. Dark creatures from beyond the world are on the loose and it will take everything our narrator has just to stay alive

What if you had the chance to live your life again and again, until you finally got it right? During a snowstorm in England in 1910, a baby is born and dies before she can take her first breath. During a snowstorm in England in 1910, the same baby is born and lives to tell the tale. What if there were second chances? And third chances? In fact an infinite number of chances to live your life? Would you eventually be able to save the world from its own inevitable destiny? And would you even want to? ‘Life After Life’ follows Ursula Todd as she lives through the turbulent events of the last century again and again. With wit and compassion, she finds warmth even in life’s bleakest moments, and shows an extraordinary ability to evoke the past

As a US Army deserter, Alexander is a man without country; trapped in a life he no longer controls and embroiled in the dark business of trading women. His latest victim is Hanh, a rural girl who moved to Hanoi to escape inevitable poverty and who sees Alexander’s arrival as the answer to her prayers. Neither of them has ever met Phuc – a Vietnamese businessman who backed the wrong side in the war and is now unable to pay his financial and political debts to the Party. But his struggles are about to change both their lives

Winners will be announced on 12th October