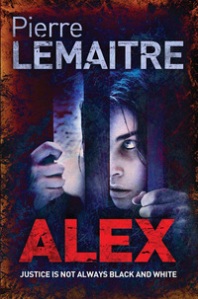 Crime Writers Association (CWA) International Dagger was awarded to Fred Vargas for The Ghost Riders of Ordebec, and Pierre Lemaitre for Alex. And apparently the French are the new Scandanavians as far as crime fiction is concerned.

Has the Nordic noir has become too much of a commodity with lots of publishers jumping on the bandwagon? The French had a fantastic crime writing reputation in the 70s and it’s about to have a big renaissance.

While Ms Vargas has won the Dagger three times before, the dual award added credence to those who predict that France is “the next big thing” with one literary expert predicting it “could trigger” a flood of French work on British shores.

When British audiences were loving Sherlock Holmes in the late 19th century, France adored gentleman thief Arsène Lupin. French writing is often more political than English – here’s some to whet your appetite. More from Nick Clark in the Independent

‘The Ghost Riders of Ordebec’  by Fred Vargas

Vargas is the pseudonym of medieval historian, archaeologist and folklorist Frédérique Audoin-Rouzeau, who won the CWA International Dagger for this, her latest work.

Joint winner of the CWA prize Lemaitre, a former teacher, was described as a “storytelling genius” by his UK publisher, Christopher MacLehose.

‘Bed of Nails’ by Antonin Varenne

Varenne is described by his translator Frank Wynne as a “stunning writer”. His next book, Loser’s Corner, is on its way.

‘How’s the Pain?’ by Pascal Garniel

Garnier was a leading French literary figure until his death in 2010. How’s the Pain? was only the second of his works to be translated into English.

‘Death from the Woods’ by Brigitte Aubert

Aubert’s extraordinary book focuses on Elise, a girl left blind, mute and quadriplegic by a terrorist attack who is drawn into solving murders.