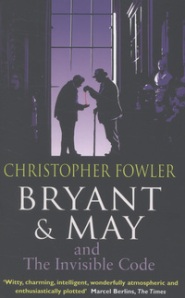 Starting on 16th September, as part of ITV3’s new crime thriller season, the Crime Thriller Book Club will feature six titles chosen by Amanda Ross of Cactus TV, who previously created The Richard & Judy Book Club. The aim of the club is to pick 6 titles and there will be a wide range of styles to suit every type of crime fan. They hope to encourage some new readers to the crime thriller genre

The six books are (with links to the catalogue if you want to know where they are or reserve them):

The season builds up to the channel’s annual Crime Thriller Awards, which honour TV, books and film and will take place on 24 October at London’s Grosvenor House Hotel.

2 thoughts on “ITV3 will have a Crime Thriller Book Club”