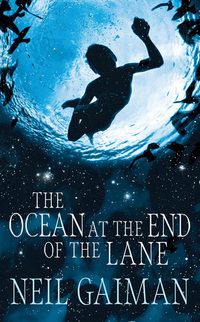 Neil Gaiman is the author of Britain’s favourite book, his contemporary fantasy The Ocean at the End of the Lane was named Specsavers Book of the Year for 2013. Neil was crowned overall victor by the public in a vote comprising of winners from all ten categories from this year’s Specsavers National Book Awards. Gets 5 stars from 5 Leeds readers as do many of his other books

Autobiography/Biography of the Year: David Jason: My Life by David Jason

Specsavers Popular Fiction Book of the Year: An Officer and a Spy by Robert Harris – 4 stars from 18 readers

Crime Book of the Year: The Carrier by Sophie Hannah Not so popular with Leeds readers, just 2 stars from 15 readers

Food & Drink Book of the Year: Eat by Nigel Slater

International Author of the Year: Gone Girl by Gillian Flynn

Magic FM Non-fiction Book of the Year: I Am Malala by Malala Yousafzai & Christina Lamb

Waterstones UK Author of the Year: Life After Life by Kate Atkinson – 3 stars from 49 users

Books Are My Bag New Writer of the Year: Tigers in Red Weather by Liza Klaussmann

Audible.co.uk Audiobook of the Year: The Ocean at the End of the Lane by Neil Gaiman