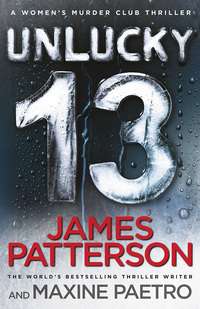 Unlike many of the authors on this list, James Patterson earns nearly all his money from his gargantuan book sales and relatively little from TV and film royalties. He published 14 new titles in 2011 and continues to be VERY prolific.

It was a big year for King with his time-travel book “11/22/63” and a new installment of his “Dark Tower” series, but a planned mega-adaptation of the “Dark Tower” books for film and television remains stuck in neutral.

The author of the Stephanie Plum suspense says she finds the “Fifty Shades of Grey” phenomenon “strange” and worries that it might encourage abusive relationships.

With the baseball novel “Calico Joe,” Grisham proved he could write bestsellers that aren’t legal thrillers. He also made $26 million and is handsome as all get-out. Hate him yet?

Fox News host O’Reilly is making almost as much from his historical books, including “Killing Lincoln” and “Killing Kennedy.” He’s interested in presidential assassinations ..

Are you sitting down? Nora Roberts has written more than 200 books. Think about that for a second. She also writes under the pen name J.D. Robb.

Although she’s spent more time on The New York Times bestsellers list than any other author, Steel’s earnings seem to have peaked. The romance novelist made $35 million last year.

The odds are in Collins’s favour, with royalties from the blockbuster “Hunger Games” movie swelling her earnings and two more films still in the pipeline.