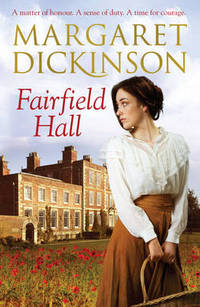 Blair, Jessica – A tapestry of dreams – The year is 1850, and Susannah Charlesworth loves the estate and open air life of the North Lincolnshire Wolds. She stands to become a very rich woman too – inheriting the estate, as well as her father’s and uncle’s wealth, one day. She meets the dashing Daniel Bullen and her life is about to change forever

Blair, Jessica – In the silence of the snow saga – French-born Marie Gabin forms a friendship with Veronica Attwood in their final two years at school, but this is tested when Marie is forced to disclose a secret to her friend. In the shadow of this revelation, the girls grow up on a country estate in North Yorkshire. The First World War takes its toll when Marie loses the man she loves and Veronica’s husband suffers injuries which eventually leave her a widow, but she finds consolation in her love for the land. Returning to France, Marie marries her childhood sweetheart, but once again life brings involvement in war for the two friends

Brellend, Kay – One bad penny East End of London saga – Katherine and Jennifer Finch are like chalk and cheese: Katherine is a midwife, dedicating her life to helping others, and Jennifer is a prostitute. Leaving home at 15, Jennifer must learn to live on her wits in London’s notorious East End. Soon, however, she’s battling drink and drugs, and is pregnant. Her labour is nearly fatal, but her sister steps in to save the day. Kathy continues to tend to the poor of the East End and help her sister – and she of all people knows that the society Jennifer keeps is damaging her. Despite her best intentions, however, she begins to fall for an East End wide boy. She knows that he is no good, but her heart will not listen to her head – and what’s more, he has promised to change

Dickinson, Margaret – Fairfield Hall historical fiction/saga – Ruthlessly ambitious Ambrose Constantine is determined that his daughter, Annabel, shall marry into the nobility. A fish merchant and self-made man, he has only his wealth to buy his way into society. During the London season, Annabel is courted by James Lyndon, the Earl of Fairfield, whose country estate is only a few miles from her grandfather’s farm. Believing herself truly loved at last, Annabel accepts his offer of marriage. It is only when she arrives at Fairfield Hall that she realizes the true reason behind his proposal – and the part her scheming father has played

Griffith, Nicola – Hild  – is born into a world in transition. In seventh-century Britain, small kingdoms are merging, usually violently. A new religion is coming ashore; the old gods’ priests are worrying. Edwin of Northumbria plots to become overking of the Angles, ruthlessly using every tool at his disposal: blood, bribery, belief. Hild is the king’s youngest niece. She has the powerful curiosity of a bright child, a will of adamant, and a way of seeing the world – of studying nature, of matching cause with effect, of observing human nature and predicting what will happen next – that can seem uncanny, even supernatural, to those around her

Hudson, Robert– The Dazzle  Scarborough, 1934. John Fastolf, rakish heir to a Dukedom, has sponsored a tunny fishing contest. The young journalist Martha Gellhorn is covering the event for the London gossip papers. And quiet little Henny Rosefield has arrived in town with Zane Grey, author and expert mountain man of the Wild West. The international craze for hunting giant tuna has swept the North Yorkshire coast, and huge yachts have transformed the harbour into something like Monte Carlo. Over them all towers The Dazzle, resplendent in jagged stripes of black, white, and blue

Ludlow, Jack – Prince of legend historical/crusades. 3rd in trilogy Bohemund takes a firm grip on the city, despite the depleted crusading army, thinned by death, disease and defection. Meanwhile, Tancred seeks his fortune in taking Jerusalem for the Christian faith

Magee, Audrey – The undertaking An immensely powerful first novel set in Germany and the Soviet Union during World War II, its ambition and achievement reminiscent of Rachel Seiffert’s ‘The Dark Room’, Hans Fallada’s ‘Alone in Berlin’, and Helen Dunmore’s ‘The Siege’

Murray, Annie – Meet me under the clock saga – Growing up in Birmingham, Sylvia and Audrey Whitehouse have always been like chalk and cheese. When the Second World War breaks out, Sylvia is still dreaming of her forthcoming marriage to fiance Ian while Audrey jumps at the career opportunities the WAAF throws her way. Audrey joins the ranks at RAF Cardington but soon finds that her new freedom also brings temptation. When she goes too far, the consequences ripple through the Whitehouse family

Pilkington, John – Marbeck and the privateers historical/spy – Marbeck is charged by King James with the task of keeping the peace with England’s new ally Spain. Yet there are those who profit from the war, but even Marbeck hasn’t foreseen that the task will pit him against double agents and corrupt noblemen who will stop at nothing to wreck the treaty, forcing him to face his biggest challenge yet

Reading, Mario – The Templar prophecy historical/thriller June 1190. A Knight Templar, Johannes von Hartelius, rescues the Holy Lance from his drowning King during the Third Crusade. April 1945. A courier arrives at the Hitlerbunker with a parcel. The Führer calls for a vaccum canister to be brought, seals the documents he has received inside it, attaches the canister to a leather case containing the Holy Lance, and sends it away, guarded by a descendant of Johannes von Hartelius. Present day. British photojournalist John Hart finds his father crucified, with the mark of a spear on his side. Shattered and bewildered, Hart learns for the very first time of his family’s destiny – to be the Guardians of the Lance. As Hart begins to investigate, he discovers a German occult rightwing organization called the Brotherhood of the Lance. Hart infiltrates the organization to investigate his father’s murder – but the secret of the Lance is more terrifying than he could ever have imagined

Walton, Jo – Farthing alternative history – Eight years after they overthrew Churchill and led Britain into a separate peace with Hitler, the upper-crust families of the Farthing set are gathered for a weekend retreat. Among them is estranged Farthing scion Lucy Kahn, who can’t understand why her and her husband David’s presence was so forcefully requested. Then the country-house idyll is interrupted when the eminent Sir James Thirkie is found murdered – with a yellow Star of David pinned to his chest. Lucy begins to realise that her Jewish husband is about to be framed for the crime

Walton, Jo – Half a Crown alternative history – In 1941 the war ended in the Farthing Peace. The balls and banquets of Britain’s upper class never faltered, while British ships ferried undesirables across the Channel to board the cattle cars headed east. Peter Carmichael is commander of the Watch, Britain’s secret police. It’s his job to warn the Prime Minister of treason, to arrest plotters, and to discover Jews. Now, in 1960, a global peace conference is convening in London, where Britain, Germany, and Japan will oversee the partition of the world. Hitler is once again on British soil. Meanwhile, two of the most unlikely persons in the realm will join forces to oppose the fascists

Walton, Jo – Ha’penny alternative history– In 1949, eight years after the Peace with Honor was negotiated between Great Britain and Nazi Germany, England has completed its slide into fascist dictatorship. The last hopes of democracy seem extinguished. Then a bomb explodes in a London suburb. The brilliant, but compromised Inspector Carmichael of Scotland Yard is assigned the case. What he finds leads him to a conspiracy of peers and communists – of staunch King-and-country patriots and hardened IRA gunmen – to murder the Prime Minister and his ally, Adolf Hitler

Wilcox, John – Fire across the veldt – September 1900, South Africa. Simon Fonthill is travelling across the continent to Pretoria to meet with General Kitchener. When the train is derailed by hostile Boer forces, Simon and his friends must continue their journey on horseback