Start planning your summer reads. Lots of new fiction arrives in our branches every week. Here are a few of this weeks additions. 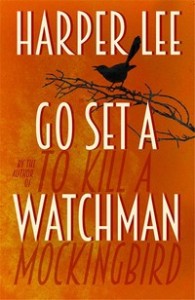 Scout (Jean Louise Finch) has returned to Maycomb from New York to visit her father Atticus. She is forced to grapple with issues both personal and political as she tries to understand both her father’s attitude toward society and her own feelings about the place where she was born and spent her childhood

Lynne is a young woman who once dreamed of being an artist, but whose promotion to supervisor at an insurance call centre in Glasgow is sucking the soul out of her. When she hands a fiver to a homeless man on the street in town one day, she is shocked to recognise Angus – her former art teacher on whom she once had a crush. What on earth could have reduced him to life on the street? In a gesture of uncharacteristic rashness, she invites him home, and so begins ‘The Glasgow Coma Scale’

Nothing But Trouble by Matt Cain

Lola Grant is the hottest pop star in Britain and she’s about to go global. But behind the music, her addiction to bad boys is taking her personal life in a dangerous direction. When it comes to men, Lola just can’t stay away from trouble – and her self-control is pushed to the limit when she meets her handsome new drummer Jake Hunter. Looking out for Lola is her best friend and manager Harvey Sparks. But Harvey’s fighting his own demons and can only watch from the sidelines as the star he helped create begins to fall. When Lola seeks comfort in a life of wild partying, she meets good-hearted showbiz reporter Freddy Jones, a man who may just be able to offer her a way out. But as she starts rehearsals for her Trouble tour, Lola finds herself faced with a new threat, one much bigger than anything she’s ever experienced.

The Mixture as Before by Rosie Harris

Newly widowed after a forty-year marriage, Margaret Wright is finding it hard to adjust to independence, having been stifled for so long by her overbearing, controlling husband. Is she up to the challenge?

The Last Embrace by Pam Jenoff

August 1940 and 16-year-old refugee Addie escapes Fascist Italy to live with her aunt and uncle in Atlantic City. As WW2 breaks, she finds acceptance and love with Charlie Connally and his family. But war changes everything: secrets and passions abound, and when one brother’s destructive choices lead to the tragic death of another, the Connally family is decimated, and Addie along with them. Now 18, she flees, first to Washington and then to war-torn London where she is swept up with life as a correspondent. But when Charlie, now a paratrooper, re-appears, Addie discovers that the past is impossible to outrun. Now she must make one last desperate attempt to find within herself the answers that will lead the way home.

Three Moments of an Explosion: Stories by China Mieville

In these stories, glistening icebergs float above urban horizons; a burning stag runs wild through the city; the ruins of industry emerge unsteadily from the sea; and the abandoned generations in a decayed space-elevator look not up at the stars but down at the Earth. Ranging from portraits of childhood to chilling ghost stories, from dystopian visions to poignant evocations of uncanny love, with beautiful prose and melancholy wit, this collection poses searching questions of what it is to be human in an unquiet world. 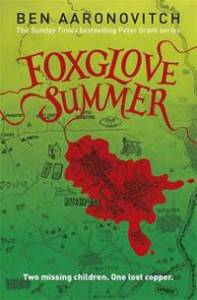 Ben Aaronovitch takes Peter Grant out of whatever comfort zone he might have found and takes him out of London – to a small village in Herefordshire where the local police are reluctant to admit that there might be a supernatural element to the disappearance of some local children. But while you can take the London copper out of London you can’t take the London out of the copper. Travelling west with Beverley Brook, Peter soon finds himself caught up in a deep mystery and having to tackle local cops and local gods.

The Baklava Club by Jason Goodwin

In 19th-century Istanbul, a Polish prince has been kidnapped. His assassination has been bungled and his captors have taken him to an unused farmhouse. Little do they realise that their revolutionary cell has been penetrated by their enemies, who use the code name La Piuma (the Feather). Yashim is convinced that the prince is alive. But he has no idea where, or who La Piuma is – and has become dangerously distracted by falling in love. As he draws closer to the prince’s whereabouts and to the true identity of La Piuma, Yashim finds himself in the most treacherous situation of his career: can he rescue the prince along with his romantic dreams?

Follow the links on the book titles to find the books in our catalogue.