This weeks top 10 comes from Stu, a community librarian based in the East of the city. 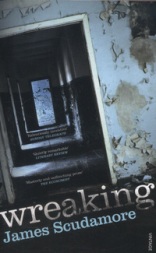 A magnificent slice of modern Gothic storytelling, in which a reclusive academic seeks refuge in an abandoned mental hospital and slowly loses his mind while seeking to unravel the chain of events that led up to a horrific family accident in the dim and distant past. The over-riding theme is the relationship between time and memory, and the distortive effect that each has on the other. Everything about this book screams quality – vivid characterisation, pitch-perfect dialogue, wonderfully descriptive, nuanced prose and a fantastic plot hiding behind the multiple layers of smoke and mirrors. Highly, highly recommended.

A typically sanguine Yorkshire-noir with a labyrinthine plot that will be all-too familiar to anyone who’s read the other books in the quadrilogy. This one is set against the backdrop of the Yorkshire Ripper murders, but in-keeping with the rest of the series, the main focus is on the dodgy dealings of the bent coppers who are supposed to be investigating the case. It’s not for the faint-hearted – the Ripper’s monologues in particular are stomach-churningly graphic and deeply disturbing – but the plot moves along at a cracking pace, and Peace’s sparse, staccato style paints a suitably lurid vision of hell.

Life and Fate by Vassily Grossman

A trite line that crops up in quite a few reviews of this novel is that this is like an updated version of War and Peace, and it’s not too far from the truth. This book is an epic in every sense, featuring a huge cast of characters (including a cameo from Stalin himself) at all levels of society and deals chiefly with the Nazi invasion of Russia and the Battle of Stalingrad. Like Isaac Babel before him, Grossman was a journalist who wrote fiction based on fact, and this authenticity really comes through in his descriptions of the battle. It’s not an easy novel to read by any means – especially the scene in the gas chamber at Auschwitz -, but like all the best Russian literature, it’s very, very rewarding if you’re willing to give it the time and attention it deserves.

This is the first in a trilogy of books the deal with WW1, with war poet Siegfried Sassoon appearing as one of the main characters, convalescing at Craiglockhart War Hospital near Edinburgh. It’s only a slim volume but incredibly dense, and aims to deal with the awful psychological effects that war has on the minds of young men. There are some really harrowing scenes in here – particularly the descriptions of some of the treatments administered by the psychiatrists – but surely that’s to be expected in a book of this nature – and it’s an interesting read for anyone with an interest in the Great War.

The Last Word by Hanif Kureishi

Here Kureishi, arguably the greatest English writer of his generation turns his razor eye upon the struggles of an ageing man of letters. Told with his usual insight and acerbic wit, and a tongue firmly planted in its cheek, this book is very funny indeed. 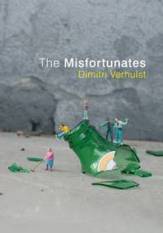 The Misfortunates by Dimitri Verhulst

It would be all-too easy to describe this book as a Belgian take on Bukowski, but it’s not that far off the mark. It’s a squalid, sleazy tale of a family of small-town alcoholics and the misadventures they get up to in the course of their miserable, drunken lives. Okay, it’s not the most original subject matter, but the translation (by David Colmer) is fantastic and really brings the book to life in all its feculent glory. As with all books of this kind, it’s genuinely, laugh out loud, tears-on-your-cheeks funny, but ultimately downbeat and shot through with the kind of bottom of the barrel, red-eyed sadness that only boozy literature of this ilk can muster.

This first instalment of a trilogy of novels deals with Thomas Cromwell’s formative years, his rise to power in the court of Henry VIII and the fall of his mentor Cardinal Wolsey. It’s all written in the present tense, which gives the story a real sense of urgency and keeps the pages turning. It’s a big book, make no mistake, but a far easier read than you’d probably imagine. There is a caveat though. If you’re unfamiliar with Tudor politics, you may struggle a little with some of the characters; lots and lots of the men are called Thomas (named after Becket, England’s favourite medieval Saint), and every other lady seems to be called Mary, which could be confusing to those who aren’t fully conversant with the court of the time. That said, there’s a table of characters at the front of the book for those who aren’t already in the know so don’t be put off, even if you know nothing of the period. This is a masterful bit of writing and a cracking historical novel that’s worthy of every bit of praise that’s been lavished upon it. 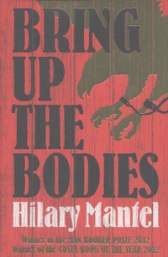 Bring Up the Bodies by Hilary Mantel: or, Wolf Hall Part Deux.

Picks up at the precise point where the first book left off, and moves us through the fall of Anne Boleyn. The real skill of Mantel here is to take a story that’s fairly familiar to most people but still construct a narrative in a way that keeps you turning the pages, even though you know ultimately what’s going to happen (hint: things don’t end well for Ms Boleyn) There’s a wealth of great characterisation, lovely descriptive prose and she has a great ear for dialogue too, all the marks of a first-class writer working right at the top of her game. 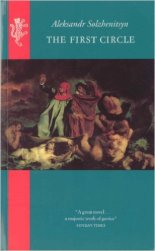 The First Circle by Alexander Solzhenitsyn

From the foremost chronicler of Stalinist Russia, this is a huge novel, dealing with all his usual themes – Gulag, show trials, Five Year Plans, Collectivisation, industrialisation etc. and how they affected the general populace of Russia during the Stalinist years. It’s another huge book, packed with a fantastic array of characters, all with their own hard luck stories to tell. One of his greatest qualities as a writer was to be able to relate the lives of people right at the bottom of the social scale to those right at the top, and to show how the machinations of the Party apparatus were inescapable for anyone unfortunate enough to be living in Russia at that time.

Gigantic, door-stopping tome dealing with the seedy underbelly of Paris in the early part of the 19th century. This is a very modern work in some ways. In the text Hugo often refers to himself as the writer, and it’s filled with references to real people and real events. It’s epic not just in size, but in scope too, combining what’s basically a detective story – Javert’s relentless pursuit of petty-crook turned outlaw Jean Valjean, which in itself is reminiscent of Ahab’s chase of the white whale in Moby Dick, another early modern(ist) novel) with a host of digressions, philosophical musings and essays on topics as diverse as the French Revolution, underworld slang, social inequality and the Battle of Waterloo. It’s definitely not for the casual reader – the Vintage edition has nearly 1300 pages, not including the generous introduction and a couple of hundred pages of footnotes at the end – but for those who want to sample a genuine classic of world literature, it’s an absolute marvel.