This Librarian Top 10 is from Matt, an assistant community librarian based at Armley library.

The Red Pony by John Steinbeck

I’m a huge Steinbeck fan, ever since I read Of Mice and Men for my GCSE exams, and this is another example of how masterful he is when writing short fiction. The story is simply about a boy’s desire to possess and train his very own horse, but in typical Steinbeck-style, fate has its part to play. The novel is written with great affection for the land and nature, and, of course, the author’s beloved California. You’d be hard-pressed to find such vivid descriptive language and precise prose that captures the human condition in works by other authors.

Most boxing novels, and movies too, tend to follow the same storyline (underdog wins and gets the girl etc..), however Anna Whitwham’s debut novel is incredibly original. The book focusses on two young pugilists from culturally disparate backgrounds and how their East End neighbourhood, and love of ‘sweet science’ brings them together in and outside of the ring – sometimes with devastating outcomes. The fight scenes are truly exhilarating and the author captures life’s intimate interactions most beautifully.

One by Sarah Crossen

Shortlisted for this year’s Leeds Book Awards – and rightly so! – One is the story of conjoined twin sisters who have no choice but to attend American high school when their family fall on hard times. They’re exposed to a world which they have tried to avoid all their lives; fortunately they find friendship and love, but their story is tinged with sadness. Sarah Crossan has written an immensely moving teen novel in prose-poetry that abandons rich language (usually found in verse) and uses line breaks and spatial wordplay to astonishing effect.

Thank heavens for Andrew McMillan’s debut poetry collection! I was fortunate enough to see him read from Physical at Latitude festival and it was evident in his reading that we have a towering poetic voice in the Barnsley-born bard. His technical ability is unparalleled and his dissection of modern manhood is refreshing yet startlingly self-aware and honest. His poem ‘The men are weeping in the gym’ is a stand-out example of his verse; direct, funny and universal. 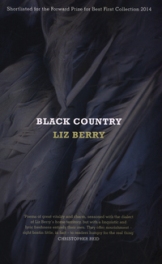 As I get older, I become more and more aware of how we are letting slip our link with history and the tribe of people that made us. So you can imagine my joy in discovering Liz Berry’s debut, which is largely inspired by her Black Country upbringing and the region’s thick dialect. The opener, ‘Bird’, soars into your mind as though the pages of the book our trying to take flight. And ‘Bostin’ Fittle’ (meaning good food) is a favourite of mine; musical and nostalgic, reminding me of the time I first saw a rabbit being skinned and transformed into a delicious stew.

I saw Mr Underwood read at the Bridlington Poetry Festival and he obligingly recited my favourite of his, ‘Your Horse’, a surreal lyric about examining a relationship through a person’s belongings. There are flashes of Frank O’Hara and Philip Larkin throughout this collection, but the poet is an altogether inimitable talent. You only have to read ‘The spooks’, a poem about injecting blood into a banana and observing what happens when someone attempts to eat it, to realise you are in the midst of a rare literary mind. 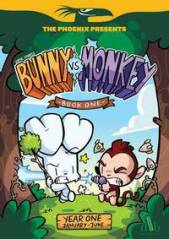 Bunny vs Monkey Book One by Jamie Smart

My five-year-old son loves weekly comic The Phoenix, so he was dead chuffed when I brought home a copy of Bunny vs Monkey: Book One from the library. The basic storyline concerns a laboratory simian who was supposed to be fired into space, but instead crash lands in a nearby forest. He instantly thinks he should be ruler of the woodlands, with the help of an innovative skunk, however a defiant rabbit and his friends have something to say about it. This graphic book is wonderfully daft and Jamie Smart’s illustrations are accomplished and alive with colour. 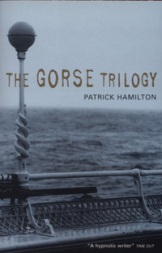 The Gorse Trilogy by Patrick Hamilton

Patrick Hamilton must be the most overlooked novelist in literary history. Responsible for novels such as Hangover Square and Twenty Thousand Streets Under the Sky, as well as the play Rope (later adapted for film by Alfred Hitchcock), his legacy should loom larger. The Gorse Trilogy is an epic novel following the decline of a swindler who preys on vulnerable women. However, as his powers of persuasion dwindle with age, he resorts to new, less sophisticated, methods of extracting what he wants from his victims. And I have to add that Hamilton is the finest writer when describing drunkenness and how it can suddenly creep up on you. 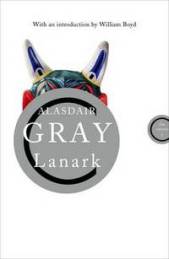 Lanark: a life in four books by Alasdair Gray

A masterpiece in cross-genre fiction, Lanark is a portrait of the artist (Gray) as a young man as he transforms into a serious painter, lover and, er, salamander. The novel begins as a surreal dystopian fantasy, focusing on a mythical skin condition known as ‘dragonhide’, a metaphor for the author’s own battle with severe eczema. From that point, the plot takes several twists and turns in various guises of Modernism and realism – one chapter goes to great lengths to point out all the possible plagiarisms within its pages. Nothing comes close to this book, in terms of style and subject matter. Nothing! 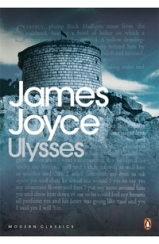 Alright, I have to admit, I haven’t finished Ulysses yet – I’m about 350 pages in. Still, it is a fantastic novel and a vital contribution to Modernism and literature in general. I read the first 100-or-so pages in one go, but felt exhausted afterwards because the language is so complex, bulging with slang, Latin, unformed thoughts, etc… and the novel, as a whole, is pretty much devoid of plot. Having said that, if you pick at its bones, now and again, you realise that this is a text celebrating every aspect of living, creating a festival of words as you turn the pages. I plan to delve back into Joyce’s groundbreaking book when I finish my current read – hopefully I will have read Ulysses before the year’s out!