These are the Top 10 horror titles borrowed from Leeds Libraries this month. 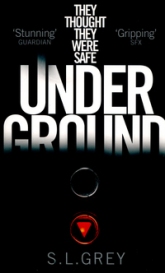 Under Ground by S L Grey

A global outbreak of a virus sends society spinning out of control. But a small group of people have been preparing for a day like this. Grabbing only the essentials, they head to The Sanctum, a luxury self-sustaining underground survival facility where they’ll shut themselves away and wait for the apocalypse to pass. All the residents have their own motivations for buying into the development. A mix of personalities, they are strangers separated by class and belief, all of them hiding secrets. They have only one thing in common: they will do anything to survive. The doors close, locked and secured with a combination that only one man knows. It’s the safest place they could be. But when a body is discovered, they realize that the greatest threat to their survival may be trapped in The Sanctum with them.

In a small New England town, over half a century ago, a shadow falls over a small boy playing with his toy soldiers. Jamie Morton looks up to see a striking man, the new minister. Charles Jacobs, along with his beautiful wife, will transform the local church. The men and boys are all a bit in love with Mrs Jacobs; the women and girls feel the same about Reverend Jacobs – including Jamie’s mother and beloved sister, Claire. With Jamie, the Reverend shares a deeper bond based on a secret obsession. When tragedy strikes the Jacobs family, this charismatic preacher curses God, mocks all religious belief, and is banished from the shocked town.

The House on Cold Hill by Peter James

Moving from the heart of the city of Brighton and Hove to the Sussex countryside is a big undertaking for born townies, Ollie Harcourt, his wife, Caro, and their twelve-year-old daughter, Jade. But when they view Cold Hill House – a huge, dilapidated, Georgian mansion – they are filled with excitement. Despite the financial strain of the move, Ollie has dreamed of living in the country since he was a child. Caro is less certain, and Jade is grumpy about being removed from all her friends. But within days of moving in, it soon becomes apparent that the Harcourt family aren’t the only residents in the house. 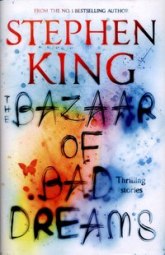 The Bazaar of Bad Dreams by Stephen King

A collection of twenty stories – some brand new, some published in magazines, all assembled in one book for the first time – with a bonus: in addition to his introduction to the whole collection, Stephen King gives readers an introduction to each story with autobiographical comments on their origins and motivation. 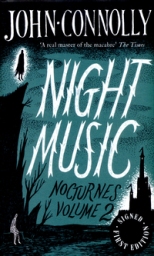 A decade after ‘Nocturnes’ first terrified and delighted readers, John Connolly gives us a second volume of tales of the supernatural. From stories of the monstrous for dark winter nights to fables of fantastic libraries and haunted books, from a tender account of love after death to a frank, personal and revealing account of the author’s affection for myths of ghosts and demons, this is a collection that will surprise, delight – and terrify.

A Cold Silence by Alison Littlewood

Ben Cassidy has strict instructions from his mother, Cass, never to return to his childhood home of Darnshaw. But when an old friend dies, he returns to investigate a computer game she was playing named Acheron. Acheron claims it will give you all that you ask for, something Gaila, Ben’s sister, knows all too well. But there is a price, and hers is to get Ben to London. As Ben and his friends delve ever deeper into the world of Acheron, good motivations and morality begin to slip, and they find themselves falling further into corruption. Ben and Gaila could save them all, but the price for doing so might just be too high to pay. 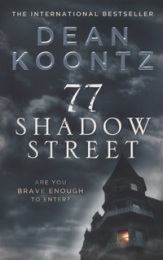 Old Silas Kinsley is the self-appointed resident historian of the Pendleton, a 19th-century building which has now been converted into a number of luxury apartments. He has discovered that there is a cycle of strangeness and tragedy in the Pendleton’s past – and it is about to head into another of its disturbing cycles.

Adam and Alice Twisden are not ordinary children. Along with hundreds of other rich and desperate couples, their parents tried an experimental fertility treatment, and paid a horrific cost. The twins’ aunt has finally won her fight for custody, and is determined to give them the love and stability that they have never known. But outside the refuge she is trying to create, dark forces are combining. 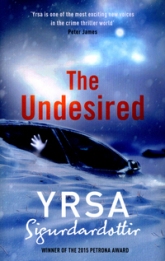 The Undesired by Yrsa Sigurðardóttir

Aldis is working in a juvenile detention centre in rural Iceland. She witnesses something deeply disturbing in the middle of the night and soon afterwards two of the boys there are dead. Decades later, single father Odinn is looking into alleged abuse at the centre, following the unexplained death of the colleague who was previously running the investigation. The more he finds out, though, the more it seems the odd events of the 1970s are linked to the accident that killed his ex-wife. Was her death something more sinister?

The Deep by Nick Cutter