The winner of this years Baileys Women’s prize for fiction will be announced tonight at 7.30pm. The lucky winner will win a limited edition bronze known as a ‘Bessie’, created and donated by the artist Grizel Niven  as well as receiving a cheque for £30,000. Lucky them, that’s more than enough to buy a few bottles of Baileys to celebrate.

Have you read all the shortlisted books? 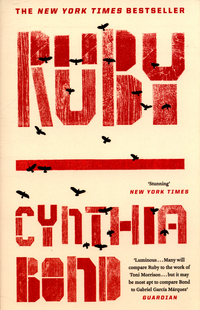 Ephram Jennings has never forgotten the beautiful girl with the long braids running through the piney woods of Liberty, their small East Texas town. Young Ruby Bell has suffered beyond imagining, so as soon as she can, she flees suffocating Liberty for the bright pull of 1950s New York. Ruby quickly winds her way into the ripe centre of the city, all the while hoping for a glimpse of the red hair and green eyes of her mother. When a telegram from her cousin forces her to return home, 30-year-old Ruby finds herself reliving the devastating violence of her girlhood. With the terrifying realisation that she might not be strong enough to fight her way back out again, Ruby struggles to survive her memories of the town’s dark past. Meanwhile, Ephram must choose between loyalty to the sister who raised him and the chance for a life with the woman he has loved since he was a boy. 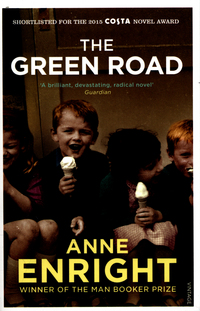 The Green Road by Anne Enright

The children of Rosaleen Madigan leave the west of Ireland for lives they never could have imagined in Dublin, New York and various third-world towns. In her early old age their difficult, wonderful mother announces that she’s decided to sell the house and divide the proceeds. Her adult children come back for one last Christmas, with the feeling that their childhoods are being erased, their personal history bought and sold. 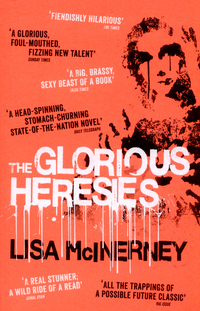 The Glorious Heresies by Lisa Mcinerney

One messy murder affects the lives of five misfits who exist on the fringes of Ireland’s post-crash society. Ryan is a 15-year-old drug dealer desperate not to turn out like his alcoholic father, Tony, whose obsession with his unhinged next-door neighbour threatens to ruin him and his family. Georgie is a prostitute, whose willingness to feign a religious conversion has dangerous repercussions, while Maureen, the accidental murderer, has returned to Cork after 40 years in exile to discover that Jimmy, the son she was forced to give up years before, has grown into the most fearsome gangster in the city. In seeking atonement for the murder and a multitude of other perceived sins, she threatens to destroy everything her son has worked so hard for, but her actions risk bringing the intertwined lives of the Irish underworld into the spotlight. 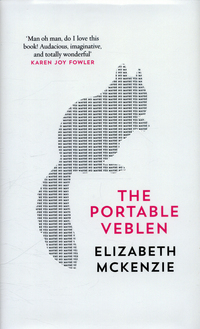 The Portable Veblen by Elizabeth McKenzie

Meet Veblen. She’s an experienced cheerleader (mainly of her narcissistic, hypochondriac, controlling mother), an amateur translator, and a passionate defender of the anti-consumerist views of her namesake, the economist Thorstein Veblen. She’s also a firm believer in the distinct possibility that the plucky grey squirrel following her around can understand everything she says. 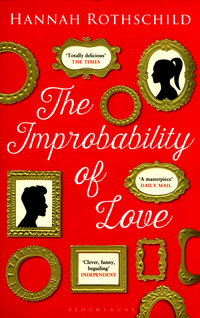 The Improbability of Love by Hannah Rothschild

Annie McDee, alone after the disintegration of her long-term relationship and trapped in a dead-end job, is searching for a present for her unsuitable lover in a neglected second-hand shop. Within the jumble of junk and tack, a grimy painting catches her eye. Leaving the store with the picture after spending her meagre savings, she prepares an elaborate dinner for two, only to be stood up, the gift gathering dust on her mantelpiece. But every painting has a story – and if it could speak, what would it tell us? For Annie has stumbled across ‘The Improbability of Love’, a lost masterpiece by Antoine Watteau, one of the most influential French painters of the 18th century. 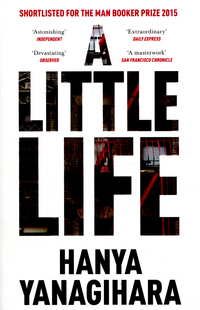 A Little Life by Hanya Yanagihara

When four graduates from a small Massachusetts college move to New York to make their way, they’re broke, adrift, and buoyed only by their friendship and ambition. There is kind, handsome Willem, an aspiring actor; JB, a quick-witted, sometimes cruel Brooklyn-born painter seeking entry to the art world; Malcolm, a frustrated architect at a prominent firm; and withdrawn, brilliant, enigmatic Jude, who serves as their centre of gravity. Over the decades, their relationships deepen and darken, tinged by addiction, success, and pride. Yet their greatest challenge, each comes to realise, is Jude himself, by midlife a terrifyingly talented litigator yet an increasingly broken man, his mind and body scarred by an unspeakable childhood, and haunted by what he fears is a degree of trauma that he’ll not only be unable to overcome – but that will define his life forever.