A blog from Stu, a Community Librarian based in the east of the city.

In an attempt to stave off the inevitable post-Christmas comedown, I’ve been distracting myself by reading as many books as I possibly can. Here’s a rundown of the first five books I’ve read this year: 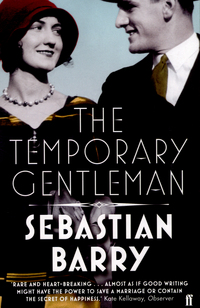 The Temporary Gentleman by Sebastian Barry

An elegiac tale in which a retired UN weapons inspector looks back at the course of his life, and particularly the tempestuous marriage which ended with the early death of his alcoholic, mentally unstable wife. Barry is a tremendously gifted writer and the prose here is pretty much flawless, but somehow this never got going for me. I was reading page after page without really getting involved, almost as if I were waiting for the story to start properly, and I was still waiting for it to start when I turned the last page. It’s beautifully written but lacked a bit of depth for me, as if it was a 300 page synopsis of a much longer, weightier novel, but it’s still worth a look for the quality of the writing alone. 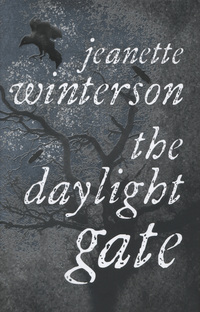 The Daylight Gate by Jeanette Winterson

Marvellously lurid horror from Accrington’s finest, this is a fictionalised treatment of the tale of the Pendle witches. If you know the story, most of the facts are loosely in place, although she freely admits in the preface that her Alice Nutter bears no resemblance to her real-life counterpart. It’s pretty schlocky in places – as the fact that it’s published under the Hammer imprint would suggest – but it’s still not for the faint-hearted. There’s incest, grave-robbing, torture, necromancy and black magic aplenty, not to mention a deliciously sensual lesbian love story as well. She even manages to work in an invented plot of her own – involving Shakespeare himself as well as Doctor John Dee, all of which adds real flavour to the tale. If you’ve ever enjoyed a Hammer Horror movie there’s much to like here, and for those who already know the story and want to have a bit of fun with it there’s plenty to enjoy as well.

The Assassination of Margaret Thatcher by Hilary Mantel

These days she’s famous for her outstanding historical novels based on the life of Thomas Cromwell, but this brilliant collection of short stories shows she’s possesses a much broader palette than that would suggest. These are fabulously dark little tales, always slightly grotesque in a Salinger or Roald Dahl-esque sort of way. They’re mostly tales of middle-class life gone awry – bored couples, failed marriages, the hideous grind of everyday life – described in tremendous prose and with a fine feel for dialogue. The title story seems to take most of the critical plaudits but my favourite is The Long QT – the shortest one in the whole set – in which a wife catches her husband in an extremely compromising position, before meeting a sticky – albeit hilarious – end. Highly recommended.

Where Have You Been? by Joseph O’Connor

More short stories, this time from one of Ireland’s greatest contemporary writers. Whereas Mantel’s stories are always slightly exaggerated, placing them just outside the realms of the completely believable, this collection is firmly rooted in real life, and it’s absolutely wonderful in places. Orchard Street, Dawn is a coruscating account of the lives of Irish immigrants in 19th century New York (a constant theme in his longer prose works), but most of these have a reasonably contemporary feel. His descriptive prose is a real treat for connoisseurs, and his talent for capturing the nuances, rhythms and colloquialisms of everyday speech is every bit as good as that of Roddy Doyle. By turns heart-breaking and laugh out loud funny, this collection has the temerity to be even better than Hilary Mantel’s.

A disjointed, rambling travelogue in which the formidable Bad Seeds frontman spiels stream-of-consciousness thoughts onto aeroplane sick bags whilst in the throes of a US tour and collects them here in one handy volume. It also contains lyrics for songs he wrote at the time and discarded. It’s a bit too fragmentary to make any real sense – and maybe that’s the point – but overall it came across as if he were trying to write some sort of Ginsberg-esque jazz poem, and it didn’t work for me at all in that respect. That said, Cave is Cave and in amongst the weirdness there are some lines of genuine brilliance – “If the past don’t get you, the future will.” Right on.