This blog is from Louise a library assistant working in Morley Library.

Something that often comes up between us readers are our reading style or habits. On the counter I love to hear about when and where people read. Right before bed, only on the bus, over a lazy breakfast or in the evenings instead of the television. For others it is only ever on holiday or any moment snatched to oneself, in the middle of a crowded break room, or the middle of the night while the rest of the house breathes gently.

It would also seem that there are two distinct camps of readers, those who will diligently finish anything they begin, no matter how terrible and arduous, the sense of completion perhaps being the biggest reward and those who try on novels like dresses, knowing before the left arm is fully in whether or not this will be a keeper.
I am definitely in the latter. Two pages in and I want to be swept away, I have to have that complete immersion to invest my time in the world in between those pages.

In this way you kiss a lot of frogs, start out on a lot of journeys, sometimes go a little while without really getting anywhere but I feel strongly that reading is a passionate pursuit that requires total belief in the voice of the author.

Three such stories that I stumbled upon recently are: 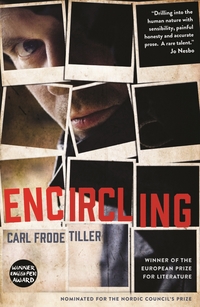 David has lost his memory, a newspaper advert invites his friends and families to write in with stories, memories of their own to help him remember who he is. Those who respond begin to talk about David, about his family but most urgently themselves, very subtly the whole community is painted into the narrative. Set in rural Norway, with an absolute dynasty of characters, this is the beginning of a trilogy that spans generations and has enough room and depth to show the complexity of our relationships with others and with ourselves. With such a range of voices, Tiller has given us the chance to really explore what makes a story from every perspective.
Despite its scale this reads like a dream, these characters became my family for a time. Book Two is also available to borrow and Book Three is in the pipeline for translation in the near future. 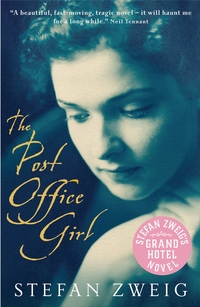 Set in Austria at the end of World War 1, a country utterly wracked with financial ruin, Christine works without cease in her lonely role in a post office. Just about getting by, every day the same, following mechanical routines, she is unaware of the scale of her unhappiness until one day she receives a surprise invitation from her wealthy American Aunt to join them in a Swiss resort.

Arriving at the fashionable Hotel with her simple garments mended, and luggage borrowed she is struck with awe and a burning sense of shame at her poverty. As in the fairytale Cinderella she is transformed becoming for the first time truly aware of a sense of herself, surrounded by wealth, beauty, freedom, frivolity, she blossoms into the society around her. Then without warning she is sent away, back to her old life. Left with only dreams of the life she has been allowed to glimpse.

This novel is completely astonishing, so very moving, and timeless in it’s messages of futility and hope. 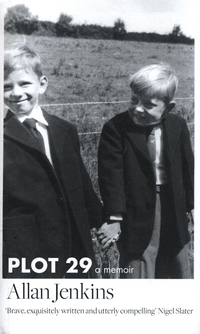 Part garden diary, part memoir, Allan Jenkins (Journalist and Editor of Observer Food Monthly) shares with us a year in the life of his allotment, the beautiful details of sowing seeds, tending young plants, making good the soil and at times hacking it all back and starting again. He starts to unfold the story of his beginnings, rescued from his mother and placed in a Banardos children home, his brother Christopher who has always needed protection, and their new life with a brand new mum and dad. Plot 29 begins as a place to expand, to grow more and becomes a place of stability and healing.

‘When I am disturbed, even angry, gardening has been a therapy. When I don’t want to talk I turn to Plot 29, or to a wilder piece of land by a northern sea. There, among seeds and trees, my breathing slows; my heart rate too. My anxieties slip away.’

As Allan digs deeper into his past, sends away for care records, gets nearer to the haunting truth of the the violence lurking in his past, his commitment to his Plot becomes what keeps him upright and able to move forward.

If you are a gardener or grower you will love the simple, enriching day to day description of life on Plot 29, the power of earth and seeds and of hard work to heal. Theres a real, brave, unflinching story here too, of identity, of family, of what makes us who we are, and what we become.