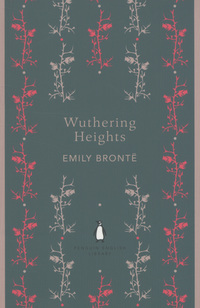 When I found the BBC list of 100 books you should read before you die I must admit to feeling quite smug.  Here I am a graduate with an English degree, 17 years’ experience of working in libraries and reading as a favourite pass time, surely I can score highly on this list.  However it was not to be, I was brought back down to earth with a score barely in the twenties, and while my English course had covered some of the lists authors, they were not the right books to allow me to tick them off the list.  And so began my literary challenge, my aim to complete at least two thirds of the list, why not the full thing? Because I know there are some on it I have no interest in reading and I fully believe that life is too short to read a book that doesn’t grip you.  I started with Emily Brontë’s Wuthering Heights and found to my surprise it was not at all the story I thought it would be, thanks to overly romanticised TV adaptations and one Kate Bush song I really thought this was an epic romantic tale, instead I found a book full a characters I really couldn’t like, spoiled, abused, abusive and cruel these were lives to be endured not rooted for, but it did grip me, and so I look forward to continuing on and finding more from this list of classic and contemporary books to keep me invested. 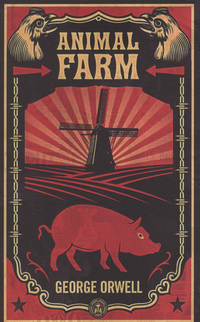 So far I’ve discovered that ‘Animal Farm’ is as relevant to today’s political landscape as the time it was written, that the minor characters of Dickens ‘Great Expectations’ are as fascinating as the main ones (I mean you Mr Wemmick), and that Roald Dahl is as enjoyable now as he was when I was young.  So far this challenge has allowed me to focus my reading, and I’ve read more in the last 6 months than in the year leading up to it adding another 12 to my running total. I’ve begun to read outside my comfort zone, enjoying books I never thought I’d been interested in.  The challenge has also reinvigorated my reading and I’m spending less time in front of the TV and internet and more time curled up with a book, it also sparked conversations with colleagues who I found out have a number of literary challenges of their own.

My reading challenge – started ten-years ago, and still ongoing – is to read one book for each entry in the Dewey sequence (e.g. 172, 389, 505, etc). That’s a lot of books – and I’ve only managed around forty in that time. That’s OK, though, because the challenge was really only designed as a way to focus my reading when I had nothing specific in mind to pick-up next: confronted with the myriad of possible options presented in any public library, all equally valid and thus impossible to choose between, I needed a system that would help me work my way through that maze – and so the Dewey Sequence challenge was born. A secondary purpose: the challenge would oblige me to read books that I wouldn’t normally choose (so no ticking off as complete just because I knew I’d previously read a book for that sequence number).

What have been the most and least interesting books? Well, I don’t really want to single anything out as being dull, because I firmly believe that no amount of learning about the world is ever wasted (another motivation for the challenge) – but I do have to admit that titles such as Teach Yourself: Windows Vista (005) and  Skywriting: The Best of Air Jamaica’s In-Flight Magazine (052) were, let’s say, a bit niche (albeit that reading the latter did mean I’ll never forget the name of Jamaica’s first Premier, Norman Manley). 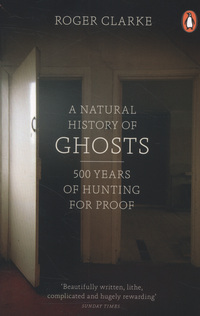 As for the best reads – Roger Clarke’s A Natural History of Ghosts: 500 Years of Hunting For Proof (133) stands out in a relatively crowded field, just above books such as Phillip Blom’s Encyclopédie : the Triumph of Reason in an Unreasonable Age (034), Phillip Knightley’s The First Casualty: The War Correspondent as Hero, Propagandist, and Myth-Maker from the Crimea to Vietnam (070), and Melissa Katsoulis’ Telling Tales: A History of Literary Hoaxes (098). Most recently I’ve read Niall Ferguson’s The Great Degeneration: How Institutions Decay and Economies Die (300), which in some ways perfectly sums up the challenge: I’m not sure I completely agree with every argument made in the book – but I’ve at least opened myself up to the kinds of perspectives that I wouldn’t usually be confronted with; a core purpose, surely, for any public library service.

I set myself a literary challenge many years ago and I am still slowly working my way through it. In my youth I was a big fan of the band The Divine Comedy. If you’re not familiar with the name then you may remember the theme tune to Father Ted as well as the (fictional) Eurovision entry ‘My Lovely Horse’ – both written and performed by the band. In 1994 the Divine Comedy released their third album Promenade and track 3 features an unusual song entitled The Booklovers. The song itself is little more than a list of authors followed by a greeting or reference to a piece of their work. For example, we hear singer and songwriter, Neil Hannon, recite ‘Graham Greene’ followed by the words ‘Call me ‘pinky’, lovely’ (a reference to Greene’s Brighton Rock)’.  The song clocks in at nearly 6 minutes long and over 70 authors are mentioned in total. 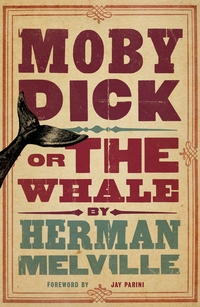 Long ago I decided that I would read something by each of these authors. Luckily the list is of fairly well known writers so getting hold of works by each has not been a problem so far, especially working in a library… I’ve managed to read 33 of  the authors so far, possibly more, but if I cannot recall the storyline of a particular work then I’ve discounted it and will have to read it again sometime for it to properly ‘count’. Through this song I’ve discovered many of the classics of literature including Melville’s Moby Dick, Defoe’s Robinson Crusoe and one of my all-time favourites Charles Dickens’ A Tale of Two Cities.

I’ve set myself a reading challenge based on the traditional Japanese parlour game of Hyakumonogatari Kaidankai, usually translated as ‘A Gathering of One Hundred Supernatural Tales’. The game became popular in the 17th Century and often an entire village would play. After sunset, villagers would gather in a darkened house and light a hundred candles. Each would then relate a strange or supernatural tale, finishing by blowing out one of the flames. The game would continue long into the night, and it would be up to those present whether or not they dared extinguish the last remaining candle. (As well as being a frightening prospect in itself, doing so was also believed to summon a demon!) In my version of the game, I plan to read a hundred ghost stories, blogging about each as I go. I’ll try anything from Victorian classics to modern creepypasta, but I definitely intend to include some works by the Japanese author Ryunosuke Akutagawa, who’s written some brilliantly spooky-sounding short stories but is better-known for Rashomon. I probably won’t get going until December (that being perfect ghost story season) but, if you want to follow my progress, you can do so at: 100flickeringflames.blogspot.co.uk 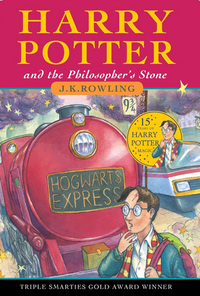 To coincide with our latest exhibition Harry Potter: A History of Magic I set my self the challenge to read the Harry Potter book series. To everyone’s dismay I have never given the books a proper chance, and even more embarrassingly I was the perfect age to read them when they came out, being ten years old when The Philosopher’s Stone was released – somehow they managed to pass me by and I never got past the second book…

Whilst still not quite finished, I’m ploughing through with a new found, and growing appreciation for the series.  I’ve been lucky enough to visit the Harry Potter: A History of Magic exhibition in London whilst working on our own here in Leeds Libraries along with watching live panel discussions on the books and their effect on the world – working with and understanding our special collections which are on display in our exhibition has enabled me to put clear links between legendary literature and the hard work and real magic Jk Rowling put into the series. I’m excited to finish and become a fully-fledged fan!

So those are our literary challenges, I think a common theme appears to be that these challenges will take time, in some case decades to complete and while reading off list is fine in some ways it’s nice to have something to come back to.  Do you have a literary challenge of your own?  If so please let us know in the comments box below.