Leeds Central Library is home to one of the biggest collections of music and performing arts collections in the country. We have huge collections of orchestral scores, a specialist drama collection full of play sets to borrow, not to mention lots and lots of books about everything you can imagine relating to a huge variety of different types of music. As a taster, here are a few of our favourites:- 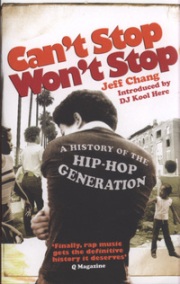 Can’t Stop, Won’t Stop: a history of the hip-hop generation by Jeff Chang

This is the definitive history of hip-hop- not just as a musical genre but as a cultural phenomenon – and is widely considered to be the best book written on the subject so far. He traces the roots of the movement way back to the sound systems of 60s Jamaica, through the urban jungle of 70s New York with its block parties and gang fights, to the “golden age” of the 80s, and its eventual transformation in the 90s to the globe-spanning, cultural colossus that it is today. There’s more to this than music; it’s not just a detailed history of the luminary artists and records that shaped the movement, but an in-depth analysis of everything that came with it, from graffiti and break-dancing – who’d have thought it originated in kung-fu movies? – to beatboxing and hip-hop fashion through the years, and a whole load of other interesting stuff as well. Can’t Stop, Won’t Stop has it all. 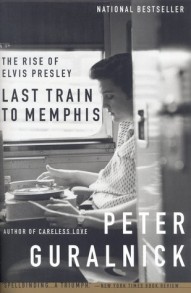 Essential reading for anyone interested in Elvis or early rock n roll music in general. Peter Guralnick is a brilliant chronicler of American roots music and he’s never written better than here, especially in the first volume, describing how a shy country boy shot to fame as a country/rockabilly star before becoming the King of rock n roll. It’s a real rollercoaster ride and ultimately a very sad story, with the shadowy figure of Colonel Tom Parker seemingly responsible for much of what led to the wheels falling off in later years. It’s a monumental bit of work, stretching to just shy of a couple of thousand pages across two books, but if you’re after a biography of Elvis, you won’t find a better one than this. 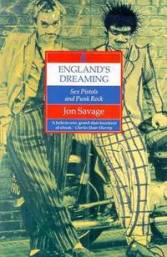 What Can’t Stop, Won’t Stop is for hip-hop, England’s Dreaming is for punk. It’s ostensibly a biography of the Sex Pistols, but there’s so much more to it than that. It’s really a social history of England post-1945, showing how the political and economic turmoil that followed the end of the Second World War led to the liberalism of the 60s and the backlash that followed with the rise of punk in the mid to late 70s. It’s interesting to read that rather than appearing in a spontaneous burst of working-class rage, in a lot of ways it was a manufactured, middle-class movement – created largely by Malcolm McClaren and Vivienne Westwood, with a little help from Bernie Rhodes – that took on a life of its own. Savage examines the whole story with the incisive scalpel of a true academic but he obviously has a visceral feeling for why punk came to matter so much to so many people, and his descriptions of the chaos, noise and violence of the early bands and shows are absolutely brilliant. First class. 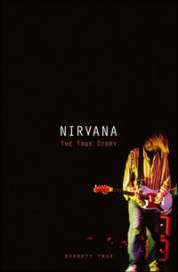 Even since before Kurt Cobain’s suicide in 1994 there have been hundreds of biographies both of the man himself and of the band he fronted, but this one, written by a man who played a big part in popularising them in this country, is one of the best. Everett True was a journalist for the now sadly-defunct Melody Maker in the late 1980s when he came across a burgeoning musical scene around Seattle/Washington. A host of bands were combining the riffing of 70s heavy rock with the power and attitude of 80s hardcore punk, and thus what came to be known as grunge was born. True played a pivotal role in bringing those bands to England for the first time, and as such he had a level of access to them that no other English journalist could match. True and Cobain remained friends throughout Nirvana’s stratospheric rise to fame in the early 90s, and he was one of only two people –the other being Screaming Trees frontman Mark Lanegan – that was asked to speak at his funeral, so it’s fair to say that you can give this account a good degree of credibility, even if some of the more fanciful stories have to be taken with a pinch of salt. This is recommended reading for anyone interested in the band or in 90s alternative rock in general.

More punk, this time a biography of the Clash frontman Joe Strummer. Strummer was always the poster-boy for political punk rock, but far from being a working class rebel, he was actually the son of a minor diplomat and something of a middle-class art school hippy. No matter. He fronted one of the 70s most seminal bands, and continued to be a significant presence in the British cultural and musical landscape until his untimely death in 2002. Salewicz (or Sandwich, as Strummer called him) was “the only journalist he ever trusted” and was obviously present at many of the major events described herein, but with a masterful sleight-of-hand he writes himself out of this history altogether and remains invisible throughout the narrative, which is a pretty neat trick when you think about it. There are some great anecdotes from the punk days in here, but overall it’s a great biography of a complex and fascinating individual, whose private persona seems very different to the one he projected to the public.