The Big Bookend are currently running a writing competition aimed at young writers in the city. They would like you to write a short story or poem about the First World War. If you are between 7 and 16 and you do then you could win a prize. The competition is part of the ‘First World War and Nidderdale Area of Outstanding Natural Beauty: Leeds Pals, POWs and the Home Front’ project and in association with the Leeds Big Bookend.

For further details about the project and about the Big Bookend Festival, have a look at their website.

I thought I would do a series of blog posts that casts the spotlight on our individual libraries. Really being a librarian, I should feature them in alphabetical order, but as we have some good new stuff coming up at Dewsbury Road, I have had to go against my instinct!

Dewsbury Road library is a modern library situated near to New Bewerley School and the Beeston campus of City of Leeds college. It is part of a multi service building where other council services can be accessed. A list of all the services available in the library here.

But that stuff is the everyday stuff – look what else you can get up to!

Find inspiration and develop your own writing style amongst a free, fun, eclectic writers group. Whatever your genre or skill level, come along and enjoy discussing anything and everything to do with writing in a supportive and friendly social setting. The next meetings are 28 July, 25 August, 29 September, 27 October and 24 November.

Join us every third Thursday of the month to make comics, create characters, draw awesome stuff, write awesome stuff and read all kinds of awesome comics! Suitable for families and children aged 6 – 12 years.

Come along to our relaxed and friendly coffee morning to meet new people, share stories and community information.

Take part in the challenge and read 6 books over the summer and we will reward you with prizes. This years theme is Record Breakers and we are holding all sorts of events in our libraries over the summer, to find out when and where have a look at our Facebook page.

Do you long to use the internet but don’t know where to start? Maybe you have a new tablet that you just can’t get to grips with? Ask at the library counter and they will register you for a learning session with one of our librarians.

The winning poem will be published in a future issue of The London Magazine, both in print and online. The runners up will be featured on the website.

Winning stories will be read by a leading London literary agent and suitable stories will be forwarded (with the writer’s agreement) to IPC Magazines/ Frome fm radio station for consideration.

New book this week, How to write crime fiction by Sarah Williams

This book provides a comprehensive overview of all the different kinds of crime fiction, with examples from successful contemporary writers in each of the different genres, and clear explanations and exercises to help the beginning writer hone their craft, and discover the kind of crime fiction, the plots, the themes, the language, that work best for them

And find out how the experts do it Talking about detective fiction by P. D James

Dealing with the craft of detective writing and sharing her personal thoughts and observations on one of the most popular and enduring forms of literature, the author examines the challenges, achievements, and potential of this genre.

We like some translated fiction, so it’s great to have these titles longlisted for The Independent Foreign Fiction Prize

It’s warded to honour contemporary fiction in translation and worth £10,000 in prize money has published its longlist – chosen from 111 titles from 28 languages

The prize is divided equally between author and translator, recognising the importance of the translator in his/her ability to bridge the gap between languages and cultures.

Haruki Murakami –  Colorless Tsukuru Tazaki and His Years of Pilgrimage translated from the Japanese by Philip Gabriel. The book follows the title character, who as an adult goes on a journey to find out why his childhood friends stopped speaking to him suddenly.

Karl Ove Knausgaard – Boyhood Island translated from the Norwegian by Don Bartlett. Boyhood Island is the third book in Knausgaard’s My Struggle series, and sees the author revisiting his childhood.

Look Who’s Back by Timur Vermes, translator Jamie Bulloch, about Hitler waking up in 2011.

F by Daniel Kehlmann about two brothers with nothing in common, translatorCarol Brown.

The End of Days by Jenny Erpenbeck, translator Susan Bernofsky, follows the possible lives of one woman in the 20th century.

The Giraffe’s Neck by Judith Schalansky translator Shaun Whiteside, about a biology teacher who believes in the survival of the fittest who has to learn to adapt.

The Investigation by Jung-Myung Lee,  Korean translated by Chi-Young Kim, about a murder at a Korean

prison in 1944. Lee is only the second Korean writer to feature on the prize’s longlist in its 25-year history.

The Last Lover by Can Xue, Chinese, translator Annelise Finegan Wasmoen, tale of a series of husbands, wives & lovers.

Two Spanish novels – In the Beginning Was the Sea by Tomás González translator Frank Wynne, about a couple who abandon city life for a new life on a remote tropical coast. Wynne won in 2005 with his translation of Windows on the World by Frédéric Beigbeder

By Night the Mountain Burns by Juan Tomás Ávila Laurel translator Jethro Soutar, recounts the narrator’s childhood on a remote island off the West African coast.

The Ravens by Tomas Bannerhed translated from the Swedish by Sarah Death, a story of a father & son in ’70s Sweden.

Bloodlines by Marcello Fois, Italian, translated by Silvester Mazzarella, is about the lives and loves of the Chironi family.

While the Gods Were Sleeping by Erwin Mortier Dutch, translator Paul Vincent. An old woman looks back at her life. 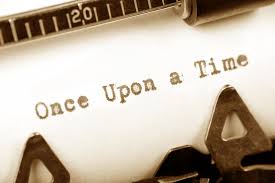 Ongoing short story competition – stories must be no more than 2,000 words

Stories on the theme GENERATIONS

*for the purpose of this competition adults are 18 years & over and those aged 16-18 not in full-time education. Top stories in each group published on www.creditoncommunitybookshop.co.uk

The competition is international, up to 2200 words.

Entry fee: £8 for each story entered.

Over the Red Line

Entry fee: looks to be free

Up to 750 words by 16 years and over on any city, town or village, factual or fiction

Bill Bryson, chair of the 2015 £30,000 Wellcome book prize, has said brain surgery, death, cruelty, anxiety and grief are all explored in the shortlisted books – with laughs and joy amid the suffering. The prize celebrates books on an  aspect of medicine, health or illness.

Bodies of Light by Sarah Moss – a Victorian-era story of maternal cruelty and illness.

My Age of Anxiety by Scott Stossel, a personal account of his battle with anxiety

The Incredible Unlikeliness of Being by Alice Roberts, BBC presenter & Guardian columnist. She takes a tour around the human body

Do No Harm by Henry Marsh, in which he gives readers an insight into his working life as a neurosurgeon

The Iceberg by Marion Coutts, an account of the illness and death of her husband, the critic Tom Lubbock.

Bryson said the books were very different but what they had in common was the quality of writing and the depth of content.  He said his entry into science had been through literature, and one of the key aims of the Wellcome prize was to encourage others to follow the same path.

The winner will be announced on the 29th April.